Shingal and the Shingal-Agreement, What´s happening? 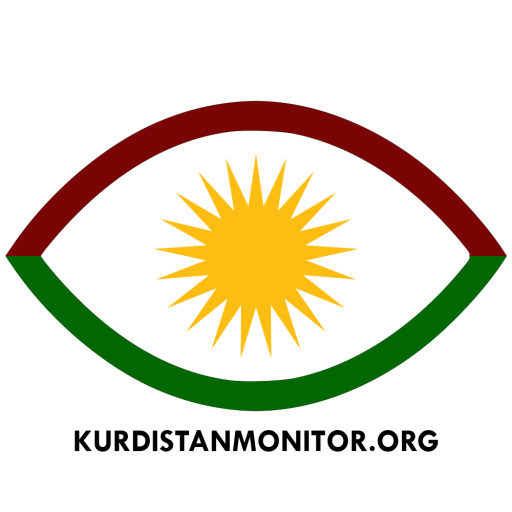 In the recent days the Iraqi federal government and smaller battalions of the Iran led Hashd al Shaabi have moved military gear towards the district Shingal and Shingal city.

A large contingent of the Iraqi federal army is waiting outside of the city Shingal, awaiting an attack order by the Iraqi federal government if the local Ezidi forces (mainly the YBS) do not give up their arms and disband their self defense forces.

Representatives from the Ezidi community and military leaders of the YBS have not been asked to attend the Shingal Agreement meeting nor have they been consulted to state what the Ezidis want.

What happened in Shingal? – A quick overview

The KRGs Peshmerga under the leader and ownership of the KDP have then tried to fill in the security void between Mosul and Shingal but did not deploy enough troops nor did they deploy heavy weaponry. As a result of this strategic miscalculation and lack of planning the lines of defense were spread very thin and could not withstand any attack.

When the Islamic State attacked the district Shingal in August 2014, the KDPs Peshmerga were hopelessly outgunned and thus, in an act that is considered the most shameful act of the Peshmerga since the establishment of the KRG in 2003, the KDPs Peshmerga have decided to abandon Shingal and leave the Ezidi minority up to their fate.

Soon after the arrival of the Islamic State in the sub districts of Shingal countless massacres started. Anyone who did not immediately convert to Islam was executed. The Ezidi woman of Shingal were forcefully abducted and used as sex slaves. The children of the Ezidis were taken into the ranks of the Islamic state to be trained as combatants and suicide bombers.

The YPG (self-protection-forces of the Kurds in Rojava-Syria) and units of the HPG (military branch of the PKK) quickly reacted to this humanitarian catastrophe and fought open a corridor into the mountains of Shingal to evacuate the Ezidis into Rojava-Syria.

As part of the resistance of the Ezidi minority against the Islamic State, each present force in Shingal has formed militias that recruited local Ezidi people who were willing to fight.

The YBS declared that they´re an independent force which exists solely for the protection of the Ezidi people. As they were equipped and trained by the YPG and the HPG, they hold close relationships with both forces but emphasis that they act independently.

As the YBS mostly teaches the philosophy/politics of Abdullah Öcalan the KDP and the Turkish State declare them to be PKK led forces.

The HPS chose a more nationalistic approach which declared the Ezidis to be nation of their own (Ezidxan) and seek out autonomy from the Iraqi Federal government. This approach however was largely dismissed after the HPS joined the command structure of the KDP Peshmerga to act as a counter force to the YBS.

As Shingal was liberated by a coalition of all present forces in Iraq in late 2015, the Ezidi minority was safe but felt unsafe due to the emerging power struggle between said forces in Shingal.

The KRG under the leadership of the KDP claimed ownership and sole governance of the district of Shingal, however as the Ezidis felt massively betrayed by the Peshmerga forces, they refused all cooperation with them and decided to govern and protect themselves under the guidance of the YBS which was by then mainly led by local Ezidi commanders.

The Turkish state and the KDP refused to recognize this move by the YBS as they claim that the YBS is a PKK led force, which must be driven out of Shingal by all means.

The YBS and the Ezidi community managed to postpone the Shingal-Pact-Agreement by this move and mostly keep their autonomous structure. The YBS demanded that a second agreement will be formulated which includes the demands of the Ezidi community.

This move angered the Turkish state which then accordingly maximized their pressure on the Iraqi Government to ban and disband the YBS.

Regularly the Turkish state flies reckless sorties into the district of Shingal. Even though the Turkish state claims to only target “Elements of the PKK”, evidence in many cases show that mostly civilians have been killed and wounded by these airstrikes.

As the district of Shingal slowly recovers from the genocide and destruction by the Islamic State in 2014, they also recover their overall importance in the Iraqi Federal State.

For the Turkish state an independent Shingal which holds friendly relationships with the YPG and the PKK (HPG) is disastrous outcome.

The Turkish state will do everything in it´s power to prevent this and even threatened to militarily intervene in Shingal if the Iraqi government fails to implement the Shingal-Agreement. Thus the Turkish state pressures the KDP into acting in the interests of Turkey and demand the implementation of the Shingal-Agreement pact. The KDP also seeks out to maximize their economic power by the implementation of said agreement and consequently gain new followers in the Ezidi community by utilizing their economic power.

Since April 1st 2022 the Iraqi government has begun to amass troops in the south of the district Shingal. Units of the Hashd al Shaabi are also involved. As the deployment of troops has been finalized on April 20th 2022 the Iraqi military command has decided to move closer to the district of Shingal awaiting the Go-Signal from the Iraqi Federal Government.

The Go-Signal was given by the Iraqi state on April 25th 2022 which prompted some Iraqi troops to move into the city center of Shingal and occupy check points and roundabouts.

The YBS has not yet issued any statement but several Ezidi sources have stated that some YBS units have been mobilized. It is believed that the YBS will once again demand that a second agreement will be formulated, which then also includes the desires and wishes of the Ezidi community.

Kurdistanmonitor is an independent live-monitoring project created to provide unbiased, reliable and free information for everybody. We guarantee that we work independently and have no affiliations to any other parties.

The turkish airforce is bombing several sites in the Kobane countryside and the Kobane city center.

The Iranian regime is shelling the Bradost area with heavy artillery.

The turkish army and their occupation forces are shelling villages near Shehba.

The turkish army and their occupation forces are shelling villages near Tal Tamir.

The turkish state and their occupation forces are shelling villages in the Shehba region.